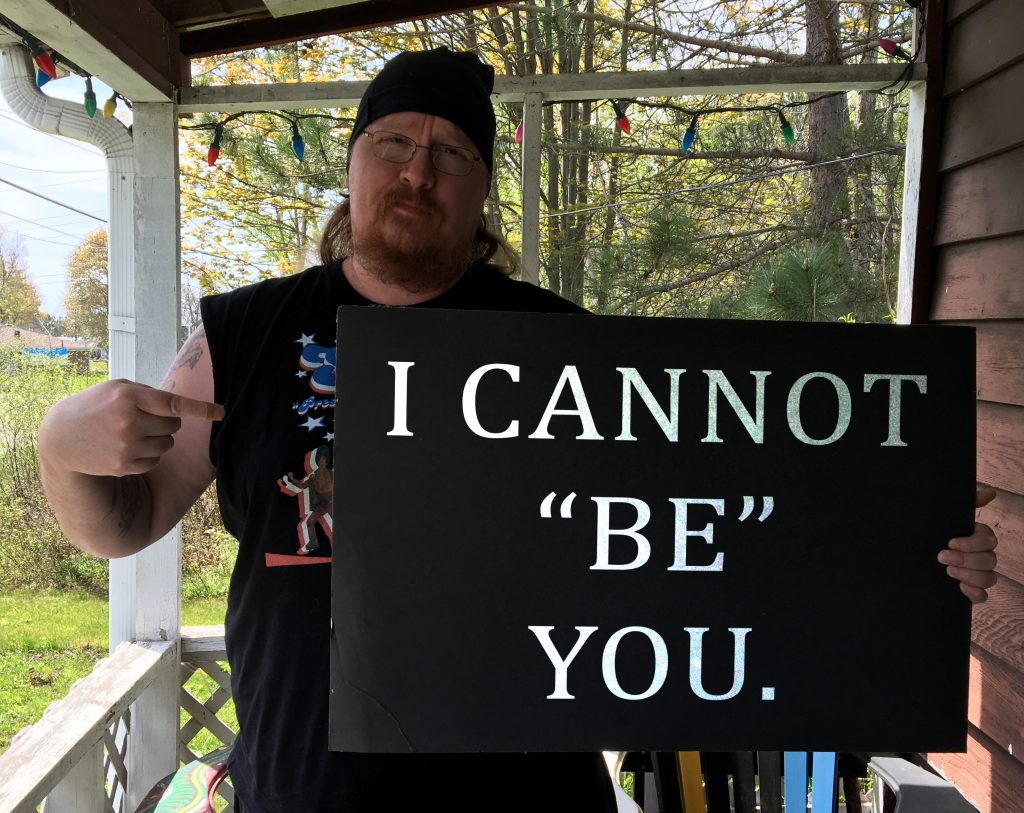 The word “excellence” refers to quality or skill and often means surpassing the ordinary. Stating excellence alone doesn’t say much, and your statement must always be contextualized in order for your meaning to be understood. Context often requires a bit of work unless your audience is prepared to take in something in a very basic way. A sticker on a 1st grade math test which states “Excellent!” is referencing the work on the test. In today’s galleries and museums the term excellence has a much more complicated meaning as there is nothing basic about curatorial methodologies.

EXAMPLE: Two people who do not know each other state that a painting is excellent. Are those people agreeing with each other? No, because their reasoning is coming from two different points of view. Just because they both like something doesn’t mean that they are agreeing. They are not contextualizing each other’s entire world of experiences and although they both like what they see, they do not automatically like it for the same reasons.

Before I get too immersed in a language debate, I need to acknowledge that I am not defending anyone or attempting to dethrone any curatorial leaders. I am making an effort to express my intentions and obvious support towards understanding how many peoples can have many viewpoints. And in an effort to only speak for myself, I will say I understand that I am not you and that I can only speak with my voice and hear yours. It may sound like I’m over-simplifying individual roles within larger relationship dynamics, but that understanding is crucial for identifying my opposition.

Any terminology used is subject to a degree of scrutiny as a term functions as a shared viewpoint defined by those who commonly use it. The arts industry in Canada is primarily based on European arts systems and institutions, including galleries and museums, that were developed over hundreds of years and brought to Canada through colonization and settlement. These institutions have always been places of debate, encouraging an ongoing flurry of arts ideas that either clash or align with each other, but rarely do they entertain discussions that explore how the systems and institutions themselves may be flawed.

Excellence in an arts context also does not enter into these debates often, even though it is a regularly used term when referencing contemporary art. However, what is considered excellent is almost always defined by those adhering to Eurocentric concepts of art and the understanding of its meaning within that context. This is historically due to the perceived absence of any other authoritative viewpoints or realistic attempts to challenge the systems that guide discourse within major institutions, but Canada is a multicultural nation and its systems and institutions need to reflect that.

In the arts, excellence is partly about “skill” but in curatorial circles it can become a way of describing the “indescribable” features of art manifesting in both positive and sometimes uncomfortable ways. Art can say things that language cannot and ambiguous or language that has blurred opacity grants agency to curatorial voices. As a democratic ideal of art making excellence may be confrontational and challenging but also a conceptual mechanism reinforcing freedoms and individual rights considered vital to western world views. However, being unclear within language opacity can also obscure social privilege attempting to situate equity or cultural as somehow separate from the discussion when all things are relevant and in proximity to each other with or without acknowledgement.

I do not believe the term excellence is necessarily intended to be used as a mode of exclusion, but institutional systems have never effectively acknowledged or even understood any other community operating outside of their own, and considering the centralization of power that certain groups have held for so long, the intentions are less relevant than the outcomes. Pressure from marginalized groups for better representation and inclusion increases steadily while many individuals within these systems have found ways of weaponizing communication pathways as modes for both exclusion and overall erasure.

Excellence when used in the evaluation of art without an extensive descriptive context implies a shared understanding between people, and since the art world is rooted in colonial constructs, the implied shared understanding between people is rooted in that same way. This allows excellence to become a code word that indicates alignment with a long-standing regime of curatorial influence such as how Marc Mayer used the term 10 years ago as a way of obstructing entrance to the National Gallery of Canada. By only seeking works that meet the criteria of excellence in a Euro centric cultural context, even while claiming to evaluate from a position of “colour blindness,” many curators tend to favour work and artists that fit this European ideal, leading those that fall on the outside of it to remain dis-empowered and ignored. The use of implied shared understandings is not unique to the term excellence, it is only one manifestation of abuses of power, but it has remained consistently present even though oppositions to off-hand self justifications of this type have also been consistently present. This also detracts from the term itself by adding a new and ominous meaning to the term which was never what the language intended.

When considering other viewpoints and those who are not at the center of influence or power within the arts, we look to identified groups seeking equity or inclusion. Beyond individualism and overall colonial impacts there are backgrounds that people hold which are not automatically shared by all. These backgrounds are lived experiences or inherited through generations, allowing a person to hold space within a cultural community or identified group. When an artist or curator is applying a “cultural lens,” they are acknowledging their viewpoint is being influenced by their own cultural background or that they are making effort to see in additional ways and are open to contexts outside of the expected colonial construct.

As you can imagine, there are some artists or curators that are firmly rooted in their own culture, bringing a specific worldview to their work, while others are less rooted and have to create shared understandings based on many cultural lenses as they come from many places. This means that all people must consider a pluralistic view of contextualizing art as almost everyone has a spectrum of cultural influences stemming from their personal backgrounds and experiences. The sheer volume of identities in the world and the various ways that they come together also implies that no two people are capable of sharing viewpoints fully as we are all unique individuals. Instead, we must collectively acknowledge the influences on our perspectives and make efforts to establish a shared context. This is the core of relationship formation, as communication is the first step for establishing connections between people. The assumption of universal understandings of terms like excellence have allowed for a breakdown of communication and relationship development which has led to damage and harm, whether intentionally or not.

Overall, communications and operational systems within major institutions such as galleries and museums need to be challenged, updated or even re-imagined as a manner of habit. Complacency in these areas allow for abuses to occur, as ways to manipulate systems are established and perfected. Again, I do not think that people set out to establish systems that alienate and obstruct access, but the intention is irrelevant when the results have had such a detrimental impact. When I stated at the beginning that “I am not you and only speak with my voice and hear yours”, I wanted to compare my actions to so many others that use terminology as a way of implying shared understandings. My experiences have been that those that act this way are making an effort to assert themselves over me or seek my consent to align with them. Obviously this is not always malicious, but there are times when they are seeking dominance and I hear their voices loud and clear. They know me, they speak on behalf of everyone and only hear themselves. This is what I am opposed to and why I feel the need to be clear. There can never be such a thing as one voice for arts and culture because opinions on art are as diverse as the people that have them and no one can represent all cultures. There are many voices in the arts, and by implying that I agree with you or accept your use of the term excellence, you are disrespecting me and yourself. Excellence is not a term that should be used to describe art unless you are prepared to explain why you feel that something is excellent, and are prepared to listen, respectfully, to someone else’s explanation of why they think it’s not.