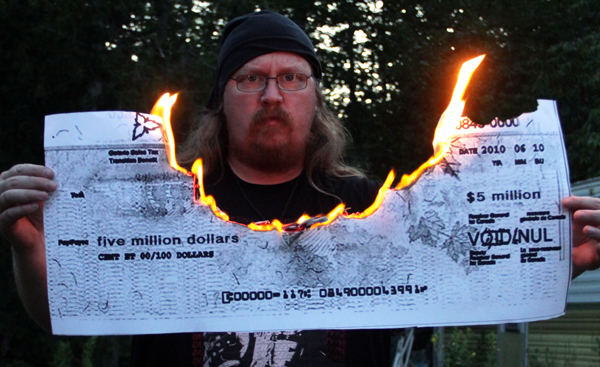 The Ontario Minister of Tourism, Culture and Sport, The Honourable Eleanor McMahon, recently announced that a $5 million dollar increase would be committed to the Ontario Arts Council’s yearly budget in a letter to cultural stakeholders on April 27th, 2017.

“The Ontario Arts Council (OAC) will receive a $20 million increase over four years. The Ontario culture sector is growing and it’s important that the OAC keeps pace and I look forward to seeing the impact that this increased investment will make.” – Eleanor McMahon, Minister Ontario Minister of Tourism, Culture and Sport

Many artists within Ontario celebrated this announcement as a triumph, seeing it as a great step forward that would ensure the future growth of the arts sector within the province. But a closer examination of this increase in relation to the history of arts funding in Ontario and across the country, makes these celebrations seem a bit premature.

Looking back almost 30 years ago to 1991, the OAC was at a high point in terms of government investment and reach; establishing solid infrastructures for arts organizations and individual artists in both Urban and Rural regions across the province. Changes in government led to decreases in funding and subsequent fluctuations in both the levels of support and the impact made by the province’s creative economy. 1991 has been chosen as the base year for comparison in this article because it was the last year that the OAC had enough resources to effectively foster healthy cultural growth and infrastructure development.

In 1991 the OAC had an annual budget of $43.3 million and the population of Ontario was just over 10 million people. This makes the per capita investment $4.29 per person that year. Moving forward to 2017, the OAC’s annual budget was increased by $5 million to a total of $65 million, with the promise of maintaining this $5 million for the next three years. Ontario has the largest population base in Canada totaling slightly less than 39% of the entire country’s population. The population of Ontario according to the 2016 census is approximately 13.99 million people, which means the per capita investment in Ontario today is $4.65, increasing the investment in the OAC by 35 cents per person since 1991. This sounds great if we completely disregard the cost of inflation and the rural and urban development that has taken place in Ontario over the last three decades.

It sounds even less impressive when compared to the investment in the arts in the Province of Québec. The province of Québec and Montréal, in particular, are celebrated as global tourism destinations that rival much of the rest of Canada. Québec has built an identity around Montréal that emphasizes arts and culture, ensuring that they are perceived as being vibrant and active in these areas.

“Tourism plays an important role in Québec’s economy. In 2012, nearly 30.7 million tourists visited the province of Québec, generating an economic impact of a little over $7.3 billion. About 31,000 businesses are associated with the tourism sector in Québec and provide various services, including restaurant services, accommodations, transportation, travel arrangements and reservations, and other services, such as entertainment and recreational activities.” – Québec Portal – Services Québec web site

The current population of Québec is 8.2 million and the budget for their provincial arts council, Le Conseil des arts et des lettres du Québec (CALQ), was recently increased by 4 million annually to a total of $112 million. This makes Québec’s per capita investment in the arts $13.63 per person, nearly three times the investment in Ontario.

According to the Bank of Canada the cost of inflation from 1991 to 2017 is 56.92 percent. This means that by following the cost of inflation alone the $43.3 million that the OAC received in 1991 would be worth almost $68 million today and would result in a per capita investment of $6.74 per person, still only half that of Québec’s. But this does not take into consideration the growth of the province’s population culturally, or the fact that many urban and rural areas have had major organizational development since 1991 leading to an increase in the amount of artists, arts institutions and arts projects being conducted over-all throughout the province.

Taking all these factors into consideration, the amount that the Ontario Minister of Tourism, Culture and Sport recently offered as an increase to the OAC’s yearly budget is not really much of an increase at all. With an investment of only $65 million towards a population of almost 14 million people the government of Ontario needs to realize that it is stifling its creative economy. Keeping up with the cost of inflation only maintains the existing quality of life for a population and should not be viewed as enabling the OAC to “keep pace” or empower them to increase their “impact”. They are under-funded for the task they have ahead of them and $5 million will not have a meaningful impact for the OAC or for the economy of Ontario. This is not growth.

What can Ontario do moving forward? Without a more concise method of planning based on economic growth or at least a vision with an actionable plan, the Ontario arts economy is headed for harder times. Looking at the current situation Ontario would be well advised to increase the Ontario Arts Council’s budget by an additional $26.6 million now, bringing them up to the equivalent level of investment from 1991. This would allow the OAC to begin strategizing how meaningful infrastructure can be implemented and strengthened and for actual growth to begin after an almost 30 year pause. Ontario contains both our nation’s capital and its largest urban centre. In order for Ontario to pursue a bright future and push for a higher quality of life for all Ontarians it needs to develop a plan to match Quebec’s growth and bring our per capita investment in the arts up to $13.63 per person, which at our current population would mean increasing the OAC’s budget to more than $185.4 million per year. This increase would result in a thriving arts and culture industry that would see increased employment opportunities, increased global tourism, and real stimulation for the provincial economy. $5 million now is a start, but let’s save the celebrations for something more significant.

This increase taking place (after the above critical paper hit some sensitive ears) is a first step in the right direction. These changes in spending predict the current rate of increase will only take an additional 3 years to catch up to the cost of inflation in Ontario from 1991. This is with the understanding that no population increases or additional costs of inflation occur. Additionally it predicts that by the year 2042 Ontario will be catching up with Quebec’s arts spending from 2017.

I guess my point with these figures is that the rate of increase for the province of Ontario is still too slow. Without a rationale for why these increases are happening at their current rate or a justification for how Arts, Culture and Heritage impact on the economy and the quality of life for the Ontario population, these increases seem arbitrary.