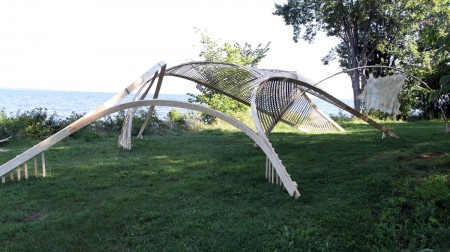 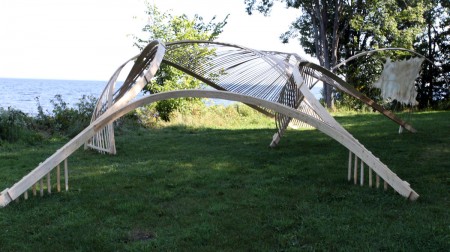 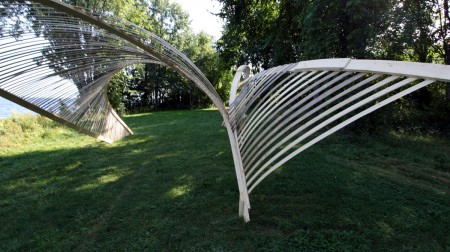 “Integrated Opposition” is a curatorial project developed by Clayton Windatt dealing with critical contemporary concepts within a community arts setting as part of the Dances of Resistance project produced by Aanmitaagzi. The term “Integrated Opposition” connects with the current status of aboriginal people within the future that Duncan Campbell Scott, Deputy Minister of Indian Affairs from 1913 – 1932, proposed to create:“I want to get rid of the Indian problem … That has been the objective of Indian education and advancement since the earliest times … Our objective is to continue until there is not a single Indian in Canada that has not been absorbed into the body politic …” (Duncan Campbell Scott, Deputy Minister of Indian Affairs, 1920) 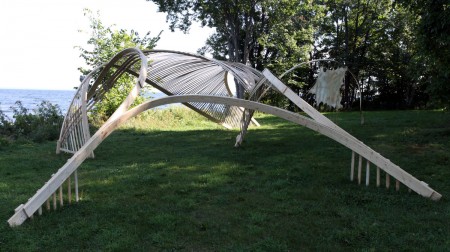 No one was absorbed, but aboriginal people have become a part of the world Scott spoke of in many ways and mostly on our own terms. Over the past hundred years steps were slowly taken to make reserves more like townships and “res” life has become, in many ways, very similar to that of any impoverished small town in Canada outside of cultural considerations. Nipissing First Nation in Northern Ontario, for example, has the same infrastructure as many poor communities in Ontario with a population of less than 5000. The relationship between the Canadian Government and the Aboriginal people of Canada has become a relationship of opposition. “Progress” for any agenda either from Government or Aboriginal community is slow and cautious with many stumblings along the way. Has native life become integrated into Canadian society in the way that Scott predicted, or are we autonomous but living along side of westernized realities? Questions such as this can help to explore current aboriginal identity and contributes to discussions taking place within the arts circles of Canada and abroad.

“Integrated Opposition” takes form as arts installations in the area surrounding the recent Residential School monument erected on Nipissing First Nations land near Nbisiing School. Participating installation artists include: Jake Chakasim, Phillip Cote, Bineshae Couchie, Jules Arita Koostachin, Ange Loft and Rebeka Tabobondung. Accompanying works by the Aanmitaagzi Storymakers will be created in partnership with Jumblies Theatre and have a giant list of additional artists that will be presented later. Our goal with “Integrated Opposition” is to share a vision that triumphs aboriginal identity over oppression and celebrates the gathering of friends and community. 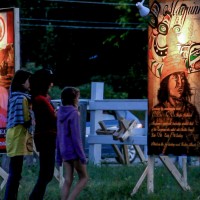 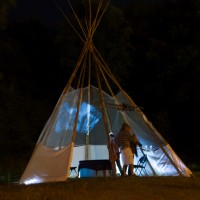 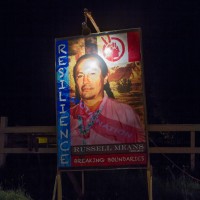 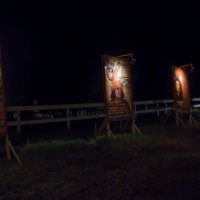 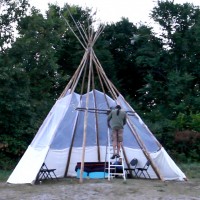 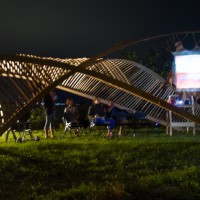