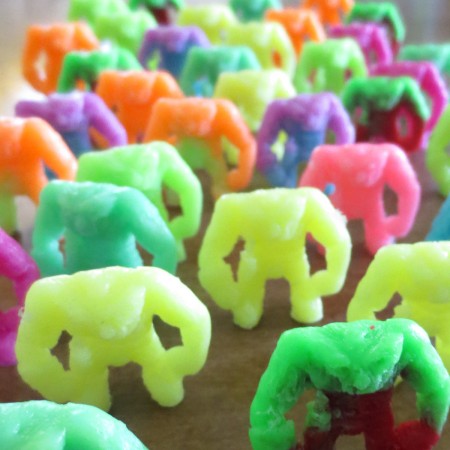 “Blemmyae”, the latin of “Blemmyes” is a legendary race of fictionalized monsters that have no heads. Their faces are in their chests and they were believed to live in regions of Africa south of Egypt. The word “Blemmyes”comes from two Hebrew terms, one a negation, the other meaning “brain”, making these fellows quite blunt in both their appearance and their intelligence. These creatures are also referred to as Anthropophagi in many famous literary texts and are often depicted as cannibals. This could be the reason why popular culture from the 1990’s brings Blemmyae into the forground as being really cool.

In the 1990’s a toy line was produced by Morrison Entertainment Group, headed by Joe Morrison and John Weems after they left Mattel. “Monster in my Pocket” was a huge franchise that pushed the little rubber figure market to new levels. Many other single colour rubber figures had already come out including the mega popular M.U.S.C.L.E. figures. Monster in my Pocket had a lot of television commercials that played during Saturday morning cartoons and they were in every major store chain in North America. The cool creepy factor of opening random packages containing all sorts of monster figures in bright colours was just too appealing for any 11 year old buying into to whole gross kid thing. They were crazy popular and everybody had a bunch of them. They even made a series of figures that only came in Canadian Shreddies cereal boxes which made ever more kids have some as well. 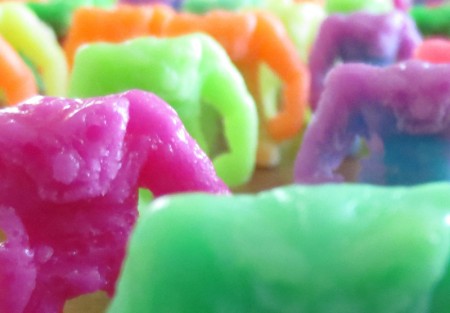 This was also the era of the Nintendo gaming system and Super Mario 3 was just released bundled with the gaming console. Everybody was out buying Nintendo games and Monster in my Pocket wanted to get in on this action. A game based on the Monster in my Pocket comic book was released in 1991 created by Konami. Blemmyae appears front and center in the cover art and a figure was produced and distributed exclusively with the game inside the game box. This made Blemmyae a very bizarre and rare find for kids as the Nintendo game was not widely distributed as planned and only a few stores carried it. Blemmyea as well as the Shreddies figures retail for anywhere from $75 up to $250 at times through collectors and auctions. With Blemmyae being the rarest Monster in my Pocket figure and most valuable one today it isn’t hard to see how the rarest toy of the most popular 1990’s toy line would become a retro nostalgia icon and be reproduced in future years.

Artists such as master mold maker Eric Nilla have been utilizing the Blemmyae concept in their own creations but not the ancient legend version but instead a neo-version based off of 1990’s popular culture. I follow this tradition of incorporating nostalgia and pop-culture into my own work as little rubber guys are all about recapturing youth and bringing an art form to the general public. I am very proud to be working on project like Blemmyae and to be selling him at my store.