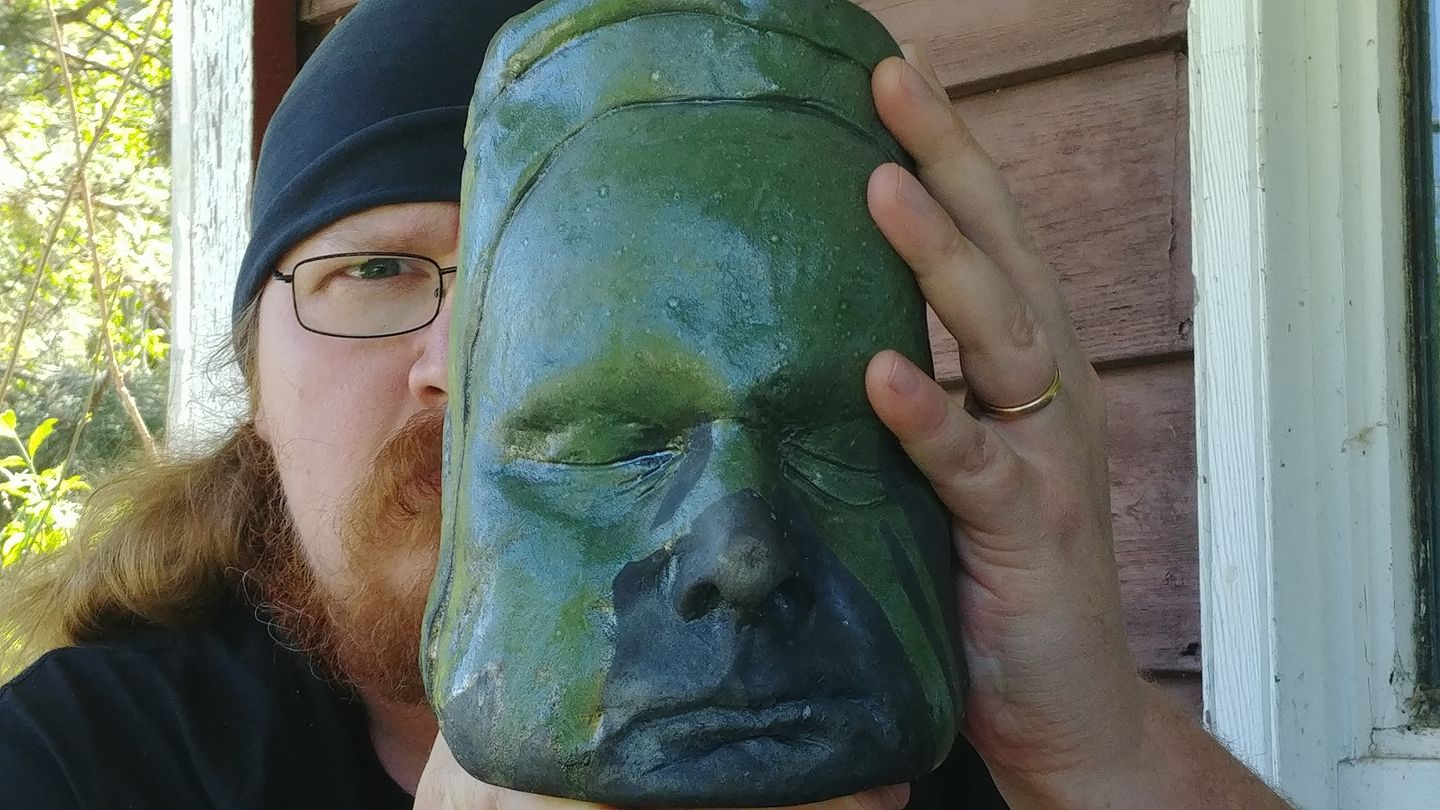 Written nomination for the Order of Ontario.

Keith Campbell has made a significant impact on the arts scene in Ontario through provocative craft creation, advancing artist-run culture and inspiring emerging arts administrators like myself. Over the past 40+ years within the professional arts world, Keith has made many long standing contributions towards major arts infrastructures, shifting the arts towards higher levels of engagement and critical thinking within the public sphere. Keith was instrumental in establishing several landmark organizations starting in the 1970’s, and many of these institutions are still in operation today. His arts practice has challenged the boundaries of fine craft and pushed for stronger messages of inclusion, challenging authority figures and establishing a stronger sense of self within the viewing public. Keith’s work in craft, politics and artist-run culture have changed the ways that many artists look at arts production and as a result, the arts community of Ontario is a better place.

In my early career as an emerging Indigenous curator and arts administrator living and working in North Bay, Ontario, I had very few supports. I began working at the Artist-Run Centre, White Water Gallery (WWG), in 2008 at a time when it was facing closure. The Gallery was broke and I had no idea what I was doing when it came to grants, administration or the politics of managing a small not-for-profit organization. Keith Campbell was one of the only artists that took interest in encouraging me and offering pathways towards my own success. Keith had helped to establish WWG in the mid-1970s and cared about keeping the place running. He offered advice consistently without any expectation of compensation. This continued for the seven years that I worked there and still takes place today as Keith Campbell is a constant supporter of my administrative practice and a resource for the entire arts scene within Canada.

Before I get too far into talking about how much Keith has changed my life, I should explain a bit about his arts practice. Keith Campbell is an internationally recognized ceramics artist and leader within the craft community of Ontario. Keith uses political satire through craft production to subvert intent where political speech and dissent could be considered forbidden. The challenging of ideologies is at the core of his contemporary practice, which views authority as a regime and craft as a method of advancing political arguments. Keith’s work is distinguished from protest or dissent, as it sometimes, but does not necessarily carry an agenda nor seek to influence political processes. More commonly his work aims simply to challenge or provoke thought and provide entertainment. Keith’s works are natural points of interest, aesthetically pleasing on the surface but much more complex upon reflection. Keith’s works incite conversations that draw attention to issues rather than provide solutions or recommendations.

The Craft sector has always struggled with identity; while it is the most approachable and accessible arts disciplines to the general public, it is often seen as functional rather than fine art. Anyone can be part of the craft scene and it does not suffer from the same constraints of the contemporary commercial market and its ideas of elitism. Craft is for all makers, but professional craft has consistently lived in the shadow of the commercial art market as if making craft work is somehow a failed attempt at being a contemporary artist. This absurd idea is only now being deconstructed by curatorial theses in current art magazines. Keith has been addressing the absurdity of genre policing within craft for his entire career, as he recognizes the inherent need to challenge existing boundaries in order to move forward and grow. Craft in Ontario has never been at a higher point of success with new resources being established and higher levels of critical theory than ever before. The movement within the professional craft industry is in no small part attributable to the work of Keith Campbell for consistently pushing boundaries and provoking thought.

Outside of the Craft sector, Keith has contributed heavily to Artist-Run Culture both in its foundation and continued evolution. Beginning in Ontario in the late 1960s and early 1970s and eventually spreading to all major urban regions across the country, artist-run centres in Canada started as “alternative” galleries developed and run by artists for artists. “Artist-run centre” is the common terminology used for an artist-initiated and managed organization in Canada. Most spaces follow a not-for-profit arts organization model acting as non-commercial art spaces. These centres were created originally in response to a lack of opportunity to present contemporary work in public spaces, especially experimental art practices such as performance, installation, conceptual art and video. These early artist-run centres were part of an arts movement that was critical of the commodification of traditional art forms exhibited in mainstream galleries and institutions. Artists would make work that juxtaposed contemporary theory with form often making statements that draw attention to issues impacting the individual artist and/or the community of artists represented. Keith Campbell was at the centre of this discourse, bringing craft into contemporary art communities and contemporary art into craft communities. Keith rallied artists in Northern Ontario leading to the formation of many arts groups including WWG and the Artsperience program at Canadore College. This bridge between communities during the 1970s was a lifeline for the arts in Ontario, connecting North Bay and Northern Ontario to the major arts developments taking place in cities like Toronto, London, Hamilton and Ottawa.

Many gallery directors and arts enthusiasts have little realization of the volume of effort and personal sacrifice that went into the contributions made by artists like Keith Campbell who pushed for higher standards within the arts largely as volunteers. The term “Artist-Run Culture” now refers to a culture of being within and around artist-run spaces further expanding the arts ecology and continuing to build on existing legacies put in place dedicated artists such as Keith Campbell. Today the arts in Ontario and Canada are thriving with many opportunities and established career paths existing only because of the efforts of the Artist-Run movement. What were originally self-sacrificing volunteer positions are now paid positions providing opportunities and career paths for many new generation artists, curators and arts administrators.

In 2015, I left WWG to pursue my career as an Independent curator and artist. Later that year, I became the Executive Director of the Aboriginal Curatorial Collective (ACC), one of Canada’s few National Indigenous Arts Service Organizations. In my role at ACC, I work at creating higher levels of structure and collaboration between communities in much the same way Keith has, although my role focuses more heavily on publicly mandated issues around reconciliation and how cultural spaces are accessed by many people ensuring that supports are established and maintained in the same way that early Artist-Run Centre’s experienced. Over the past 3 years I have sought council with Keith repeatedly to draw upon his knowledge of history and the arts environment within Ontario specifically in relation to my own career and how to better the arts sector overall. My role within ACC also focuses on providing mentorship for emerging Indigenous curators and organizations across Canada supporting their initiatives and answering their questions as needed, and I often draw upon Keith’s knowledge and resources in this area as well; finding that I have begun to provide the same role Keith has fulfilled for me through the existing knowledge that he has passed down. It has been a long time since I started working at WWG, struggling with entry level administration. I would not be where I am today without Keith Campbell taking an interest in me and offering support when I needed it most, and I cannot think of an artist more deserving of this award than him. Keith Campbell’s dedication and service to the betterment of Ontario can only be measured by the thousands of people whose lives are better for knowing him, and the people that use his example and the experiences gained through him to continue to make Ontario a better place.