Northland Wrestling is back after a long COVID19 pandemic which prevented large-scale public gatherings and bench normally high-flying spirits. On June 11th, 2022 at the North Bay Granite Club located at 2624 Trout Lake Road, the “RELOADED”, large-scale wrestling event exploded the wrestling company back into action.

In addition to this fully-packed wrestling card of talent was a group of emerging wrestlers from the NRGY Pro Wrestling Academy. Wrestlers that have begun engaging in public matches as part of their training in the Academy. Among these were Butcher Blackwell, Derek Diggler, ,Jimmy Spite, Josh Bain, Magnum McLaren, Miles Morgan, Riot, Tommy McCloud, Warden Slade and Zondra Lee. The event had record attendance with more than 425 people in the arena who watched the group’s unbelievable athletic prowess and each match’s unstoppable twists and turns.

Notable events included a match between KC Spinelli and Zondra Lee pitting a pro against an emerging talent. The match was intense and it was hard to call who was going to win until finally KC Spinelli came out victorious. You have to give credit to Zondra Lee as an emerging professional and current student of the NRGY Pro Wrestling Academy for putting up such a great fight.

Another highlight was that Jimmy Spite fought two matches at RELOADED, first winning against Riot in the NRGY pre-show and then later facing Tomer Shalom on the main card. Jimmy Spite used his fast thinking punk rock maneuvers in both matches but when fighting Tomer Shalom, Jimmy was almost defeated several times forcing the audience to gasp in fear. At the last moment, a rival wrestler of Tomer, Dann Jarris came to the side of the ring distracting Tomer, which Tomer had done to Jarris in an earlier match. Jimmy Spite took the opportunity and made a fast pin winning the match. As an NRGY student, Jimmy Spite represented talent and heart that day. Although it could be questioned who would have won if Tomer Shalom and Dann Jarris were not feuding with each other.

The biggest spectacle of the evening took place last as the Championship Fatal 4-Way Main Event. Scotty the Body had a guaranteed spot due to his previous titles prior to COVID and the other 3 qualifiers were Jake O’Reilly who had defeated Asher Benjamin, Tyler Tirva who had defeated Matt Black and Jon Gonzalez who had defeated Casey Platinum. The match was full of high-flying, hard-hitting moves that had the audience on the edges of their chairs screaming. It was impossible to predict who would have won as each athlete worked tirelessly fighting to both prevent others from pinning and winning but also trying to make a pin themselves. When everyone looked completely destroyed and were about to pass out from exhaustion, Jon Gonzalez pinned Tyler Tirva while Jake O’Reilly and Scotty the Body were out of the ring.

The crowd erupted into a fever of cheers and screams as a new champion received his belt and Jon Gonzalez became the new King of the North Champion for Northland Wrestling. Overall the event was a huge success for the wrestlers, promoters and especially the audience. NRGY Pro Wrestling Academy was able to showcase its talent and prove that its emerging wrestlers can transition into the big leagues. The caliber of the show was exceptional and the momentum that Northland Wrestling has moving forward is undeniable, now the North Bay wrestling enthusiasts must wait to see more.

TapHouse TakeDown 2 will be taking place at the New Ontario Brewing Company on August 6th, 2022. This event will benefit the North Bay Food Bank and tickets are available now at several North Bay businesses including; the New Ontario Brewing Company, Darkhorse Comics, Ferris Home Hardware and Northern Tikes. For updates on Northland events check us out on facebook at https://www.facebook.com/Northland705 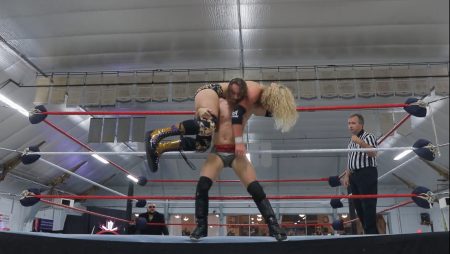 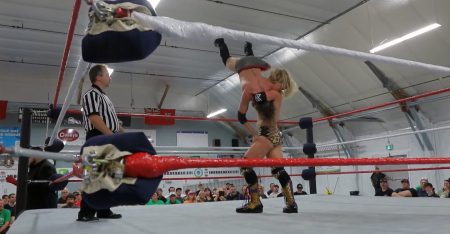 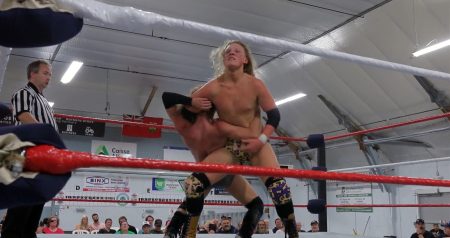 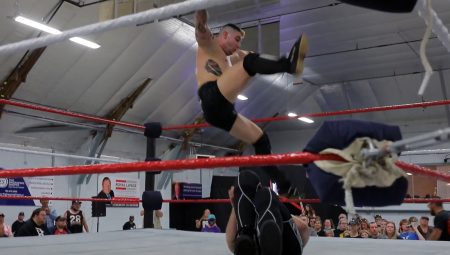 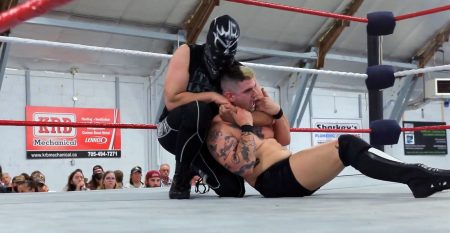 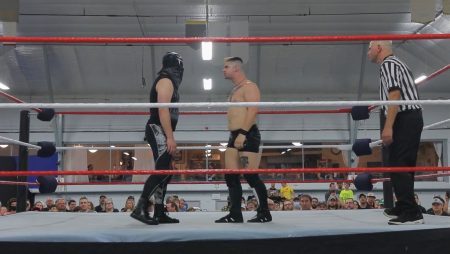 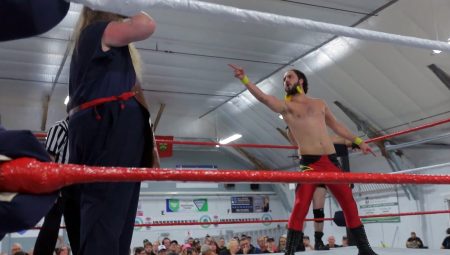 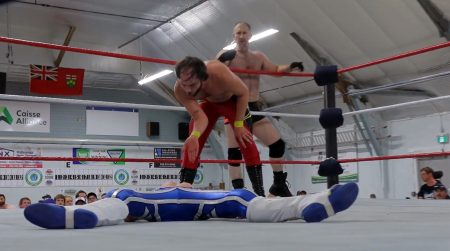 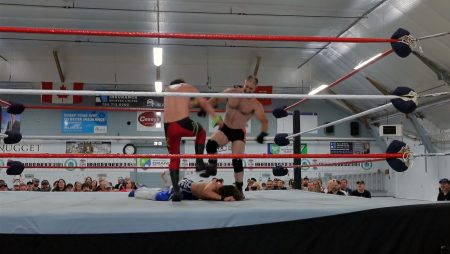 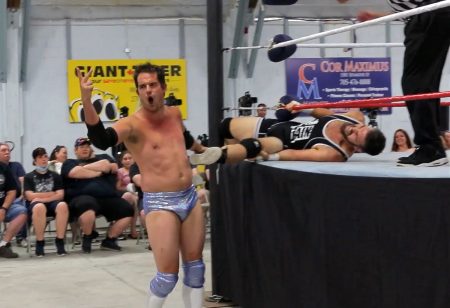 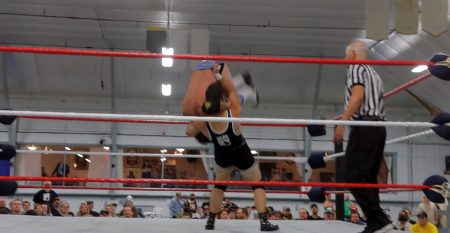