“Canadiana” A Program for 8fest
January 30th at 9pm

Looking at the country as a whole is difficult when determining a conceptually driven curatorial statement as regional identities all stand out from each other and struggle for individualism. It is impossible to create a program that represents the entire country as there are just too many people to represent, so why set out on a task that cannot succeed? The reason is that the constant questioning of our landmass in conjunction with the search for Canadian identity is part of our collective identity.

Searching across the landmass of Canada we find a variety personalities attached to regions that are all distinct and unique from the next. This mirrors the communities of filmmakers that dot the countryside in remote northern areas although their numbers are far fewer. Being a media artist or “filmmaker” in the north is uncommon but working with 8mm & 16mm film is very rare as the availability and accessibility of resources and technology are non-existent. Finding a common ground between these northern artists is to weave a story that unites them as each individual perspective and approach to filmmaking is different than the next. Though these artists have thousands of kilometers dividing them, they share similarities in ideological perspective through the concept of Canadian identity. Each piece in this program represents one of these perspectives and celebrates an identity that is very Canadiana.

Canadiana is a journey traveling across Canada and engaging in a series of glimpses into our culture, be it humorous or criticality challenging. The artists all engage in their own expression through film using 8mm stating issues or reflecting on environment. Each artist digitally rendered their works for editing purposes or after shooting in a non 8mm format. All films have been converted back to 8mm making this program a unique exploration of both identity and the technology impacting those filmmakers across our country.

The 8 fest is a unique Toronto-based film festival that presents all forms of small-gauge film: 8mm, Super 8 and 9.5mm, as well as works in installation, loops, and ‘proto-cinema devices’ like zoetropes. The 8 fest is a festival for anyone using small-gauge to create rough little gems on film – personal, handmade, experimental, animations, diaries, essays, collage, cut-ups, performance/film, music/film. 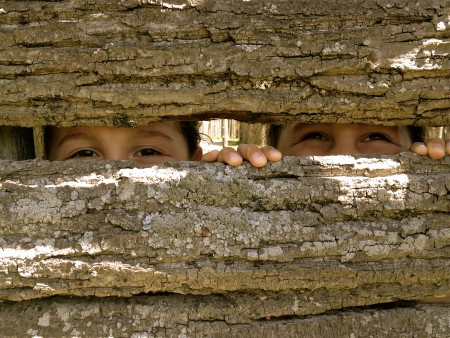 Title: “EH TO ZED”
Run Time: 6:35
Credit: Dan Sokolowski, Dawson City, Yukon
Description: A prairie tone poem, EH TO ZED follows the route of the “Alphabet Railway”. A section of the transcontinental railway across Canada in which each siding, station and crossing were named in alphabetical order from east to west through Manitoba, Saskatchewan and _Alberta. No one one knows who was responsible for this.

Title: “Lost”
Runtime: 1:30
Credit: Lindsay Sarazin, North Bay, Ontario
Description: Lost and alone in the wilderness, each person thinks of what they cherish the most and dreams of the time when they can see their love again. Living off the land, making a fire for warmth all the while dreaming of what makes life worth living.

Title: “Beyond The Edge”
Run time: 09:54
Credit: Alek Bélanger, New Liskeard, Ontario
Description: Mesmerizing forests, lakes, sceneries and an imaginative mind would make you believe in a perfect life, but for such a closed minded teenager, this life is hell. Leo Pevensy has never looked passed the four walls of his boxed room because of his dad’s death. Is there hope to make him realize that he has been gifted to live in such a beautiful world? That he can make a difference? Make him realize that every man dies, but not every man lives? Will he go Beyond the Edge?

Title: “dog=god”
Run Time: 4:00
Credit: Karen Hines and Lulu Keating Manitoulin Island, Ontario & Dawson City, Yukon
Description: A girl loves dogs. She wants to be one. dog=god is an experimental, musical, ecstatic ode to dogs and those who both master and worship them. A different take on what might constitute a girl’s best friend…

Title: “Niso kakastesinowin”
Run Time: 2:00
Credit: Jules Koostachin, Sudbury, Ontario
Description: In swampy Cree culture twins are believed to be one soul in two bodies carrying sacred medicines from the spirit world into the world of the living. Niso Kakastesinowin recounts the day when a male spirit visits the parents of Tapwewin and Pawaken to share an important teaching about the sacredness of twins.

Title: “the the” (2013)
Run Time: 10:55
Credit: Tanya Lukin Linklater, North Bay, Ontario
Description: Lukin Linklater began a series of investigations in response to the attempted assassination of girls’ education activist, Malala Yousafzai in the region of Swat Valley, Pakistan in late 2012. These text investigations are paired with research into portrayals of children in film, often in tragic circumstances, that become a catalyst for the development of choreography, by recreating scenes from film (Mouchette, the 400 blows, Ivan’s Childhood) in a different location (northern Ontario landscape), with different bodies (women dancers), and with other potential endings. Lukin Linklater uses repetition, recreation and memory in the the.

Title; “Autumn Girl”
Run Time: 5:00
Credit: Eric Boissonneault, North Bay, Ontario
Description: A haunting, lyrical short about a young girl lost in the woods. During a cold and dreary autumn in Northern Ontario a mysterious young girl roams the backwoods, seemingly lost and alone. One day three young boys wander into the forest and into the path of The Autumn Girl who leads them to a shocking discovery.

Title: “Wedding on Mussel Island”
Run Time: 3:30
Credit: Lulu Keating, Dawson City, Yukon
Description: The question: do you have to get married to have children? The answer, of course, is no. A mother advises her son not to marry, but when he defies her, she’s his biggest supporter.

Title: “H20 – 60”
Run Time: 5:18
Credit: Laurent Vaillancourt, Hearst, Ontario
Description: H2O – 60 is autobiographical, I am Piscis, a water sign, and I turn 60 years old in February 2015. I wanted a title that had no fixed language. From family films from the late 50s, I pulled out sequences of me by the water. Surrounded by my siblings and guided and protected by my dad, H2O – 60 is a short 5 minutes that covers sixty years of my life.